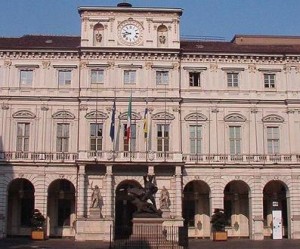 According to the resolution apart from the 1915 Genocide fact, Turin’s City Council took under account the Ottoman Empire’s 1895 and 1909 massacres of the Armenians, the forced adoption by Turkish and Kurdish families of almost 100.000 Armenian infants resulting to the loss of their own faith and language, the 1920 and 1922 Turkish Republic’s attacks on Cilician Armenia, Turkey’s categorical denial to recognize the Genocide as opposed to Germany and Austria who recognized the Holocaust, the European Parliament’s 18/6/1987 resolution on the possibility of Turkey’s adhesion in the European Union only after having recognized the Genocide of the Armenians, the over 40 Italian city councils decisions formally recognizing the Genocide, the 2000 Chamber of Deputies decision, the Statement of Pope John Paul II to the Armenian Patriarch and the architectural and historic cultural heritage of the Armenians that is endangered in present Turkey.

The resolution commits to express full solidarity with the Armenian people in its struggle for recognition of the historical truth and the defense of the inviolable rights, to intervene with the appropriate bodies in order to preserve the Christian-Armenian artistic, historical and religious heritage which is in a serious state of degradation, to invite the European Parliament to take action so that Turkey, a candidate to be part of ‘the European Union, formally recognizes and condemns the genocide of Armenians and to support any useful initiative to promote reconciliation between Turkey and Armenia.

To read the text in Italian follow this link