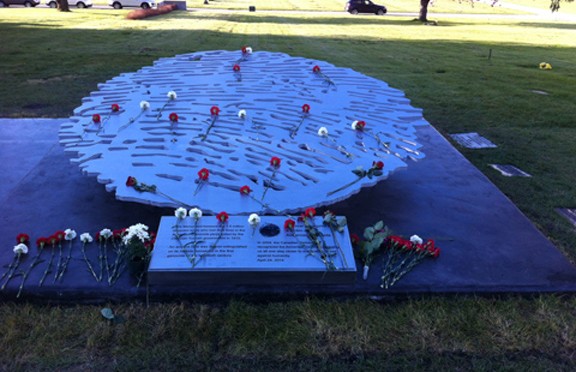 VANCOUVER (Horizon Weekly)—During the commemoration of the 99th anniversary of the Armenian Genocide a new monument dedicated to its victims was unveiled in the middle of Vancouver.

The stainless steel monument, which is shaped like a fingerprint of a survivor, pays homage to the 1.5 million victims of the Armenian Genocide.

Organized by the Armenian Genocide Centennial Committee of Canada – Vancouver, the event, which was led by Masters of Ceremonies Hagop Der-Hagopian and Varto Papasian, featured a presentation about the history of the monument by George Shahnazarian, and a description of the monument by its designer the artist Matilda Aslizadeh.

The Premier of British Columbia Christy Clark, extended her well wishes to the Armenian community of Vancouver and throughout British Columbia and acknowledged the unveiling of the monument.

“In British Columbia, we honor the victims of this tragedy. By recognizing and remembering these events, we hope to prevent them from ever happening again – anywhere,” said Clark.

“Today I join with you in celebrating the unveiling of the Armenian Genocide Monument. Dedicated to the memory of the victims, this monument and today’s commemoration give us an opportunity to pause, reflect, and renew our commitment to peace, respect, and harmony,” added Clark. 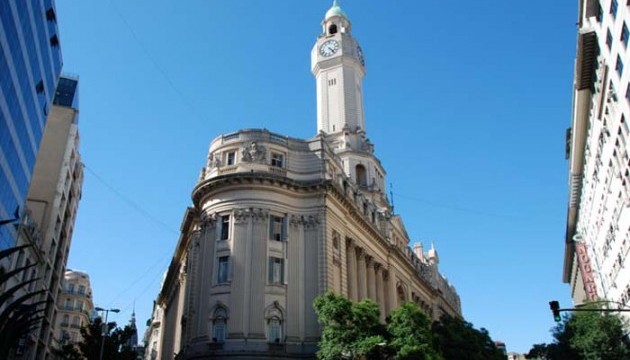 (prensaarmenia.com.ar) The Buenos Ares City Legislature issued on April 3 a statement written by legislators Virginia Gonzalez Gass and Maria Raquel Herrero to commemorate April 24 as the “Day of the First Genocide of the 20th Century”, on the “99th anniversary of the Armenian Genocide.”

The Legislature also approved a project submitted by the legislator Pablo Ferreyra to ask the Ministry of Education to perform “the necessary arrangements for individual school districts and schools in the City ​​to carry out curricular activities alluding to the ‘Day of action for tolerance and respect between people'”, referring to the Law 26.199 that commemorates the genocide suffered by the Armenian people every April 24.

“Educating on memory is to educate on the respect and protection of human rights. In this sense, it is essential to promote the inclusion of the issue of genocide in education, not only to remember but also to consider the conditions that made possible such aberrant and savage events”, said Ferreyra in a press statement.

Below is the Buenos Ares City Legislature statement (in spanish)