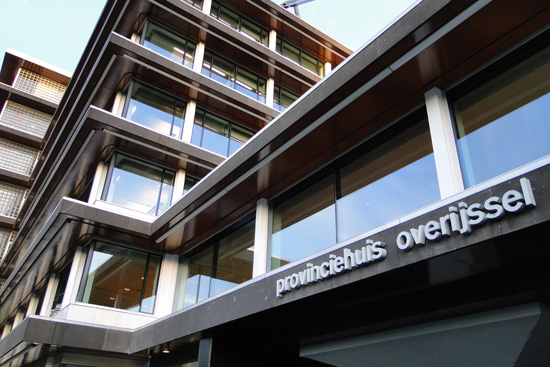 The Parliament of the Dutch province of Overijssel (The Provincial Parliament of Overijssel) adopted at the meeting of 2 July 2014 a motion which calls against the way in which Turkish organisations on 1 June 2014, have protested against the presence of an Armenian Genocide memorial on private property of the Armenian church in Almelo. During the rally insulting, threatening and hurtful statements were made against Armenians, whereby the Genocide has been grossly denied.

The motion submitted by Christian Union (CU), the Reformed Political Party (SGP), Party for Freedom (PVV) and Christian Democratic Appeal (CDA) refers to the period of 1915-1918 when about 1.5 million people (Armenians, Assyrians and Pontic Greeks) were brutally slaughtered in the former Ottoman Empire.

The motion dissociates itself from the protest rally of genocide deniers and expresses the recognition of the Armenian Genocide with reference to the motion of the Dutch Parliament in 2004. The States Provincial (the Provincial Parliament) makes also a signal to the Armenian community that it has the right to a dignified memorial place.

In connection with the statements during the Turkish demonstration on 1 June 2014, the Joint Armenian Organisations (FAON and Dutch Armenian Committee for Justice and Democracy-Hay Tad) have filed a complaint last week.