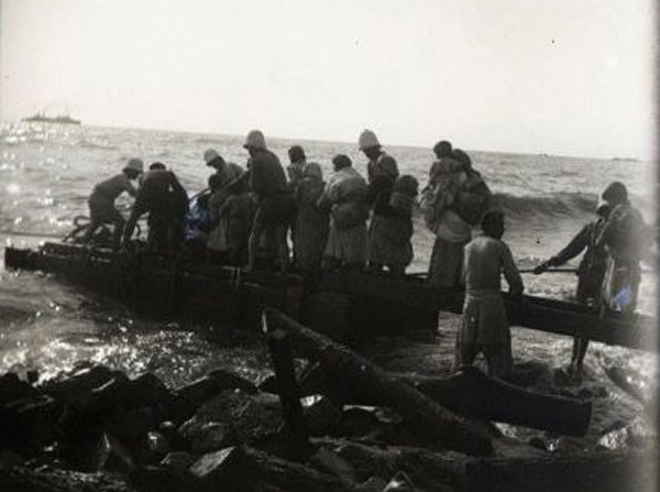 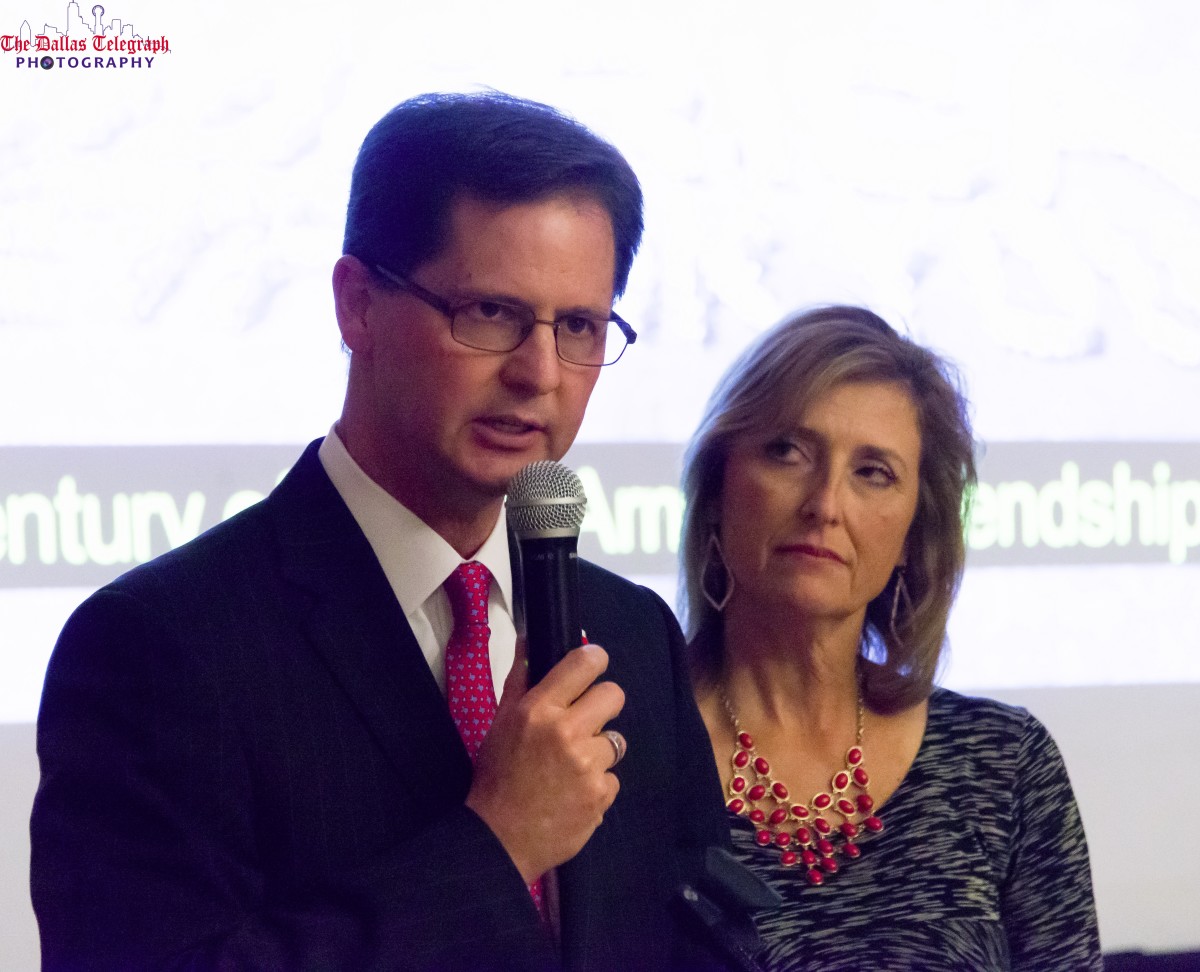 “We are grateful to the Texas House of Representatives for standing on the right side of history by making their dynamic state the latest member of our Union to unequivocally and vociferously honor the memory of the 1.5 million victims of the Armenian Genocide despite overwhelming Turkish opposition,” remarked ANCA-WR Chair Nora Hovsepian.

“This incredible victory, which achieves universal recognition of the Armenian Genocide in the Western Region’s 19 states, was possible because of the outstanding unity and activism demonstrated by the diverse Armenian community of Texas, the unflinching leadership of State Representative Scott Sanford and his fellow lawmakers, as well as the dedication and persistent work of our grassroots – ANCA-Houston and ANCA-Dallas – and staff. While many Texan Armenians and community groups were instrumental in the passage of and building ground for HR191, I would like to specifically recognize the former ANCA-Dallas founding chair Lucia Nazarian for initiating Texas’ recognition of the Armenian Genocide, as well as Focused Advocacy President Brandon Todd Aghamalian and University of Texas Austin Professor and Armenian Church of Austin representative Mihran Aroian for their leadership in bringing the Armenian community together to make this important recognition a reality,” continued Hovsepian.

The resolution, which had over 50 original bipartisan cosponsors and passed unanimously, declares, in part, that “During World War I, the crumbling Ottoman Empire began a systematic campaign to eradicate its Armenian population, which then numbered more than two million; and… as many as 1.5 million Armenians perished and today, only 3 million live in Armenia, a country that covers no more than 10 percent of the ancient Armenian homeland, while the Armenian diaspora numbers 8 to 10 million in countries around the world, including the United States,” concluding with the resolved clause “That the House of Representatives of the 85th Texas Legislature hereby recognize the Armenian genocide.”

The recognition of the Armenian Genocide by Texas follows renewed activism in The Lone Star State, including the 2015 defeat of anti-Armenian resolutions as well as adoption of HR 1541, which recognized Texans’ contributions to the Near East Relief that saved 132,000 orphans of the Armenian Genocide. The latter humanitarian effort was recognized by ANCA-Dallas during its April 2, 2016 ‘Texas We Thank You’ Gala, at which Rep. Sanford received the ANCA-Dallas Advocate of Justice award for his long-time support for Armenian Genocide awareness.

HR 191 was introduced by Rep. Sanford on January 26, followed by a public hearing in the International Trade & Intergovernmental Affairs committee on April 24, during which ANCA-WR Chief Legislative Consultant Haig Baghdassarian joined a large group of Armenian Americans as well as representatives from the Texas Holocaust and Genocide Commission and Houston’s Holocaust Museum in testifying in support of HR 191. Following the testimony, ANCA-WR called its online activists in Texas to action, as a result of which hundreds of letters were emailed to state legislators. Many more phone calls were made through joint efforts of the Armenian community in a strong demonstration of unity and grassroots activism.

The full text of the Texas House resolution recognizing the Armenian Genocide is available on ftp://ftp.legis.state.tx.us/bills/85R/billtext/html/house_resolutions/HR00100_HR00199/HR00191I.htm.

The Armenian National Committee of America-Western Region is the largest and most influential Armenian American grassroots advocacy organization in the Western United States. Working in coordination with a network of offices, chapters, and supporters throughout the Western United States and affiliated organizations around the country, the ANCA-WR advances the concerns of the Armenian American community on a broad range of issues.

R E S O L U T I O N
WHEREAS, During World War I, the crumbling Ottoman Empire
began a systematic campaign to eradicate its Armenian population,
which then numbered more than two million; and
WHEREAS, Armenians and other minority populations had
contributed to the prosperity of the once-mighty empire for
centuries, but as its borders shrank and its influence diminished,
ethnic tensions flared; after the Ottomans entered World War I,
their armies suffered heavy losses to Russian forces in the
Caucasus, and Armenians in the region were accused of aiding the
Russian victory; on April 24, 1915, the government arrested several
hundred Armenian intellectuals, who were later executed; Armenian
soldiers were disarmed and transferred to labor battalions, in
which they were worked to death or killed outright; and
WHEREAS, In the spring and summer of 1915, under the guise of
“resettlement,” Armenians were driven from their homes in Armenia
and Anatolia and herded through the Syrian desert to concentration
camps; many of the deportees died along the way from hunger, thirst,
and exhaustion, while others were massacred; by 1918, an estimated
one million Armenians had lost their lives, and survivors endured
tremendous hardships as refugees; and
WHEREAS, The end of the war brought a temporary respite, but
in 1920, the atrocities resumed until the ultimate collapse of the
empire and formation of the Republic of Turkey; as many as 1.5
million Armenians perished and today, only 3 million live in
Armenia, a country that covers no more than 10 percent of the
ancient Armenian homeland, while the Armenian diaspora numbers 8 to
10 million in countries around the world, including the United
States; and
WHEREAS, In 1915, the governments of France, Great Britain,
and Russia decried the slaughter of Armenians as “a crime against
humanity”; American ambassador Henry Morgenthau, who led the
humanitarian response, characterized the imperial deportation
orders as “the death warrant to a whole race”; the persecution is
considered genocide by most historians and has been officially
acknowledged as such by numerous countries, among them France,
Argentina, Greece, and Russia; this horrific event is a dark
chapter in modern history, and the world must never forget the
suffering of the Armenian people; now, therefore, be it
RESOLVED, That the House of Representatives of the 85th Texas
Legislature hereby recognize the Armenian genocide.

ISTANBUL, Turkey (A.W.)–The Human Rights Association (HRA) in Turkey issued a letter addressed to the Swiss Minister of Justice, expressing the organization’s disappointment with the decision of the European Court of Human Rights (ECHR) on Armenian Genocide denial.

END_OF_DOCUMENT_TOKEN_TO_BE_REPLACED

Dear Participants of the Conference,

Ninety years ago on this day – November 22, 1920, the President of the United States Woodrow Wilson made an Arbitral Award regarding Armenia’s borders.

It was probably one of the most momentous events for our nation in the 20th century which was called up to reestablish historic justice and eliminate consequences of the Armenian Genocide perpetrated in the Ottoman Empire. The Arbitral Award defined and recognized internationally Armenia’s borders within which the Armenian people, who had gone through hell of Mets Eghern, were to build their statehood.

Perfidy and brutal force thwarted opportunities for calling President Wilson’s Arbitral Award to life. Nevertheless, its significance is not to be underestimated: through that decision the aspiration of the Armenian people for the lost Motherland had obtained vital and legal force.

With the collapse of empires after World War I, a number of European nations had been endowed with the opportunity to achieve self-determination through the creation of their own nation states. President Wilson wished for Armenia to be one of those nations which would employ all opportunities offered by the European civilization. He knew what the responsibility of a great state means; he didn’t not ignore sufferings of small nations.

Even today, through the power of his historic legacy, Woodrow Wilson entreats to strengthen international law, prevent genocides and undertake measures to restrain the impunity of brutal force. He is the one whom the grateful Armenian nation remembers and will remember for ever as an advocate of justice and a true friend.

Scientific studies and analysis of that historic ruling are of utmost importance, and I wish the Conference productive works.