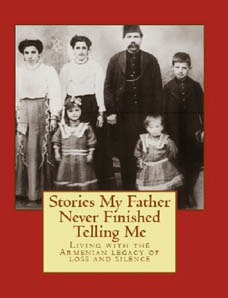 (horizonweekly.com) Author Douglas Kalajian believes the title of his new book conveys a dilemma that will be familiar to many Armenian Americans born after the tumult that dislodged their parents and grandparents from their homeland. Stories My Father Never Finished Telling Me: Living with the Armenian Legacy of Loss and Silence, recounts Kalajian’s attempts to draw out his father’s story as a survivor of the Armenian Genocide.

The author’s father, Nishan Kalajian, was born in Dikranagerd (Diyarbakir) in 1912. For him, the genocide was not a distant, historic event but the defining reality of his life. He lost his mother, his home, and everything familiar before being cast into the world alone.

“I knew that much from an early age,” Douglas Kalajian said. “But I desperately wanted to know more: How he survived, how he kept his wits and his faith, how he moved forward without being consumed by bitterness and hate.”

His father volunteered none of it. “He dealt with his most painful memories in a most Armenian way, by pushing them aside,” Kalajian said. “My mother warned me never to ask him about any of it, and I never did—at least, not directly.”

But whenever an opportunity presented itself, he’d approach the topic obliquely and with great caution. The results were often frustrating but occasionally fascinating.

“When he responded at all, my father often shared only a scrap or two before changing the subject or retreating to his books,” Kalajian said. “It was left to me to figure out the importance of each scrap, and to connect it to whatever had come before or that came after.”

This is how the life-long conversation between father and son continued, in fits and starts, yielding scattered pieces of a puzzle that the author is still trying to complete more than 20 years after his father’s death.

“As a writer, I felt compelled to tell as much of my father’s story as I could because I believe it holds important lessons,” Kalajian said. “But I also wanted to tell my own story about growing up in the shadow of a great cataclysm with a father who would not speak about what he had experienced.”

The book’s subtitle “conveys my challenge in learning to appreciate a complex cultural inheritance that is rich and wondrous but also dark and painful to contemplate.”

Most important, Kalajian stressed that he wrote the book for his daughter and her generation, in hopes that they’ll figure out “how to celebrate the best parts of that inheritance while finally vanquishing the pain.”

A retired journalist, Kalajian worked as an editor and writer for the Palm Beach Post, the Miami Herald, and the New York Daily News. He lives in Boynton Beach, Fla., with his wife, Robyn. They produce TheArmenianKitchen.com, a website devoted to Armenian cooking. Kalajian is also the author of the non-fiction book Snow Blind, and co-author of They Had No Voice: My Fight For Alabama’s Forgotten Children.

Stories My Father Never Finished Telling Me is his first book with an Armenian theme, and also the first book Kalajian has published independently. It is available from Amazon.com and other online book vendors, or can be ordered from any bookstore. 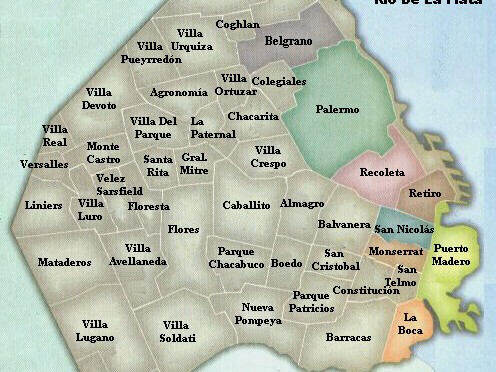 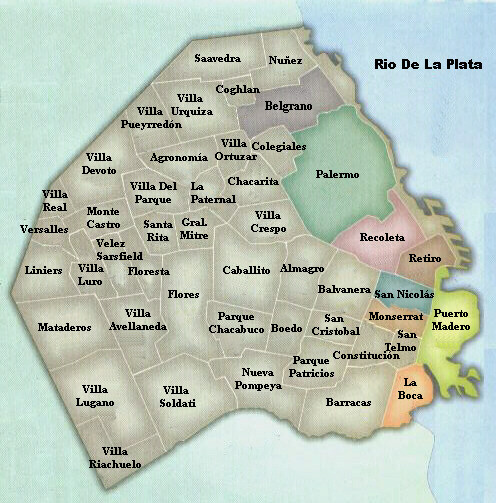 (Agencia Prensa Armenia).- The City of Buenos Aires will donate a property to the Armenian community for the construction of an Armenian Genocide Museum, according to Undersecretary for Human Rights and Cultural Pluralism Lic. Claudio Avruj.

In dialogue with Prensa Armenia, Undersecretary Avruj stressed the importance of the project “that joins the efforts of both Buenos Aires and Argentina” to recognize the Armenian Genocide and added that it is an initiative that will benefit both the Armenian community and people in general.

Carolina Karagueuzian, director of the Armenian National Committee of Buenos Aires, said that “this will be a collective project that will show the struggle of the Armenian community in the country to keep the memory of the Armenian Genocide alive”, and also “a space for reflection on genocidal practices and the importance of respect for human rights.”

Last April 24 a similar project was launched in Uruguay, with the presentation of the Armenian Genocide Museum Foundation coordinated by the Ministry of Education and Culture together with Uruguayan Armenian organizations in the country .