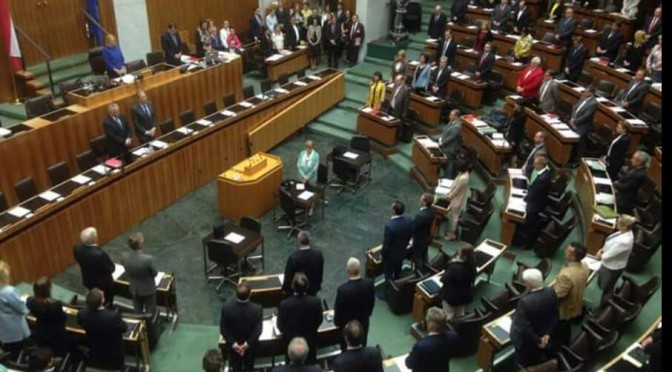 The Austrian Parliament adopted a declaration recognizing the Armenian Genocide, acknowledging the responsibility of the Austro-Hungarian Empire, at the time an ally of Ottoman Empire, calling on Turkey to reconcile with the dark pages of its past. The declaration was adopted unanimously by all political factions in the Parliament, before adopting it, the deputies held a moment of silence in memory of the 1.5 million innocent victims of the Armenian Genocide.

The declaration states that it is Austria’s obligation to recognize the terrible events as genocide and condemn them. It also states, that it is the duty of Turkey “to honestly face its dark and painful chapter of the past, and the crimes committed during the Ottoman Empire against the Armenians to recognize as genocide.”

The statement on the Centenary of the Armenian Genocide, also pays homage to Assyrians, Arameans, Chaldeans, Greeks, victims of the total annihilation of minorities perpetrated by Turkey.