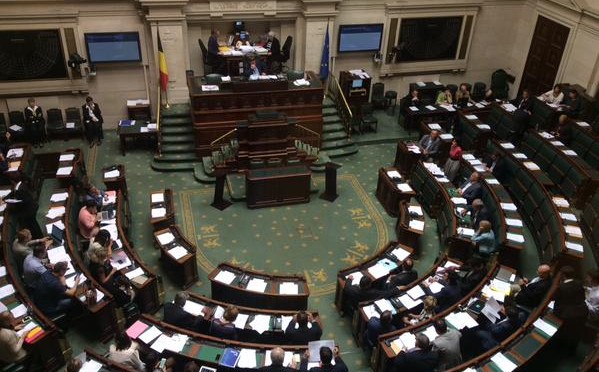 (EAFJD) Brussels, 23 July, 2015: Today, the deputies at the plenary session of the Chamber of Deputies of Belgium with an overwhelming majority voted for the resolution recognising the Armenian Genocide. 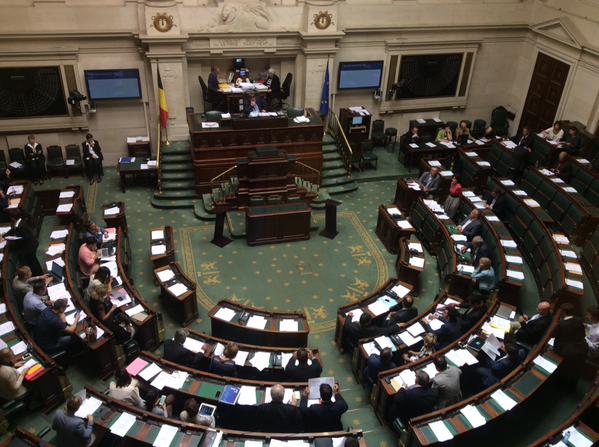 Mr. Peter De Roover (N-VA) was the first to speak. He showed his solidarity with the Armenian people, by wearing the ‘forget-me-not’ commemorative pin of the centenary of the Genocide. He called on the Turkish authorities to recognise the Armenian Genocide and to stop the denial policy. Stephane Crusnière of the Socialist Party said that his party has always recognised the Armenian Genocide.

Mr. Denis Ducarme (MR) mentioned the fact that from this very podium on June 18th the Belgian Prime Minister Mr. Charles Michel recognised the Armenian Genocide in the name of the Belgian government. Mrs. Sarah Claerhout (CD&V) noted that this resolution is a call to Turkey to intensify its efforts to recognise the Armenian Genocide; Mr. Benoit Helling (Ecolo-green) in his turn, reminded that there is a historic consensus on the issue and a political recognition is needed, as well.

Mr. Dallemagne (CDH) in his speech made a long historic review of the Genocide against the Armenian and the rest of minorities of the Ottoman Empire. He also reminded the fact that genocides are still going on today, 100 years after Armenians were butchered. Jan Penris (VB) called on the Turkish government to recognise the reality of the‪ Armenian Genocide; Olivier Maingain (FDF) said, that it’s time to be brave & recognise ‪ the crime of Genocide against Armenians, he also mentioned Jean Jaures, Orhan Pamuk, and Hrant Dink.

Marco Van Hees (PTB-GO) said that Turkish leftist, progressive parties recognize the ‪ ‎Armenian Genocide and believe this is the way forward. He also mentioned, that by doing so, Belgium will gain credibility. Dirk Van Der Maelen (sp.a) stressed the need to be precise and use the proper terminology and include all victims of ‪‎Genocides.

‘We welcome this resolution in the Chamber today, by which the Belgian state recognises the Armenian Genocide by its government and both chambers of the parliament’, said Mr. Kaspar Karampetian, president of the European Armenian Federation for Justice and Democracy (EAFJD). ‘On the centenary of the Armenian Genocide, we have seen more and more countries recognising the historic fact of the Genocide committed by Ottoman Turkey. This is another clear message to Turkey that Genocide denial has no place in Europe and Turkey needs to reconcile with its past sooner or later. This resolution of the Belgian Chamber will also put an end to the denial rhetoric in Belgium”, noted Karampetian, and concluded saying, that this resolution was also in part the result of well-coordinated efforts of the Republic of Armenia Embassy, the Armenian National Committee of Belgium, as well as the Committee of Armenians of Belgium and AGBU Europe.