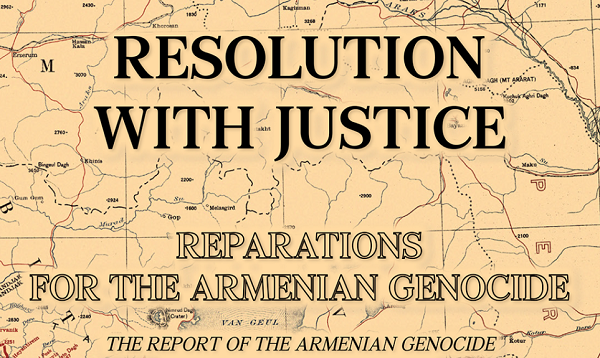 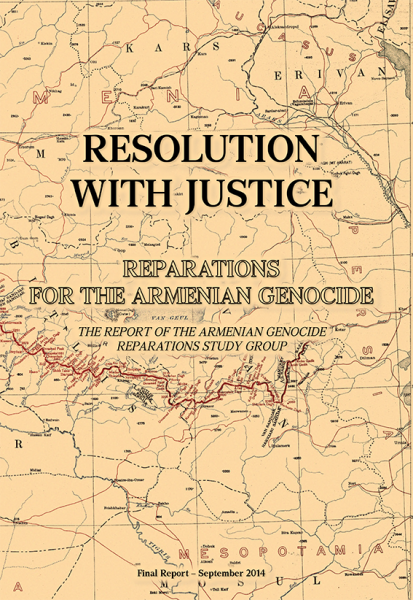 Prior to formation of the AGRSG in 2007, the limited discourse on reparations for the 1915-1923 Armenian Genocide included abstract notions of territorial return, consideration of particular aspects such as insurance lawsuits, academic and other works focused on a specific part of the overall topic, and sometimes valuable short works treating the issue but without comprehensive or detailed analysis.

The AGRSG was formed in 2007 by four experts in different areas of reparations theory and practice. Their mission was to produce the first systematic, comprehensive, in-depth analysis of the reparations issues raised by the Armenian Genocide. Funded initially by a grant from the Armenian Revolutionary Federation-Dashnaktsutyun, the AGRSG members are Alfred de Zayas, Jermaine O. McCalpin, Ara Papian, and Henry C. Theriault (Chair). George Aghjayan has served as a special consultant.

After early agreement that some form of repair is an appropriate remedy for the legacy of the Armenian Genocide as it stands today, the AGRSG prepared a preliminary report, which was released for limited distribution in 2009. Completion of the draft was followed by three symposia. The first was a panel discussion featuring three of the report authors, held on May 15, 2010 at George Mason University in the United States, in conjunction with the university’s Institute for Conflict Analysis and Resolution. The second was a major day-long symposium featuring the four co-authors and a number of other experts on reparations for the Armenian Genocide, conducted at the University of California, Los Angeles (UCLA) School of Law through its International Human Rights Law Association, on October 23, 2010. The third was a panel by two of the report authors held in Yerevan, Armenia, on December 11, 2010. The AGRSG is now issuing for broad distribution its final report, an extensive revision and updating of the 2009 preliminary report.

The AGRSG final report remains the only systematic, all-encompassing, in-depth approach to Armenian Genocide Reparations. The report examines the case for reparations from legal, historical, and ethical perspectives (Parts 4, 5, and 6, respectively), offers a plan for a productive reparative process drawing on transitional justice theory and practice (Part 7), and proposes a concrete reparations package (Parts 3 and 8). The report also includes background on the Armenian Genocide (Part 1) and the damages inflicted by it and their impacts today (Part 2). Through its broad dissemination, this report fills a crucial gap in the scholarly work and policy discourse on the Armenian Genocide. It will give Turkish and Armenian individuals as well as civil society and political institutions the information, analysis, and tools to engage the Armenian Genocide issue in a systematic manner that supports meaningful resolution.

The present time is optimal for release of the report. The 100th anniversary year of the beginning of the Genocide, 2015, will see greatly heightened international political, academic, media, artistic, and public interest in the Genocide. In addition, in the past few years, reparations for the Genocide have gone from a marginal concern to a central focus in popular and academic circles. Much of that focus has been on piecemeal individual reparation legal cases. This report represents a decisive step toward a much broader and all-embracing process of repair that is adequate to resolve the extensive outstanding damages of the Genocide. Furthermore, genuine, non-denialist engagement with the legacy of the Genocide is growing in Turkey. Finally, in the past decade, there has emerged a global reparations movement involving numerous victim groups across an array of mass human rights violations. The Armenian case has a place within that movement.

Inquiries about the AGRSG and its report can be directed to Henry Theriault at htheriault@worcester.edu, +1 (508) 929-8612, or Department of Philosophy, Worcester State University, 486 Chandler Street, Worcester, MA 01602, U.S.A.

1. The positions taken and perspectives expressed in the report are those of the AGRSG members alone, and do not necessarily represent the views of the Armenian Revolutionary Federation.