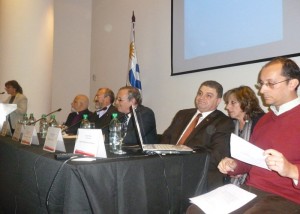 July 17, 2013 was yet another landmark for the Armenian community of Uruguay. The decision to establish a museum dedicated to the Armenian Genocide was announced in the presence of Armenia’s Ambassador to Argentina and Chile, Vahakn Melikyan, honorary Consul Ruben Abrahamyan, ARF-D Bureau member Mario Nalbandian, religious leaders headed by Archbishop Hagop Keledjian, senator Rafael Michelini and deputy Rubén Martínez Huelmo who were the driving force behind the approval of the resolution concerning this project, Minister for Tourism and Youth, Lilian Keshishian and other officials.

With this bold announcement, the state and the government of Uruguay proved once more that they haven’t deviated from the fundamental principle of defending human rights and reconfigured the assignment they have undertaken to support the Armenian Cause until the restoration of the truth and justice that Armenians were deprived of in 1915 during the Genocide. 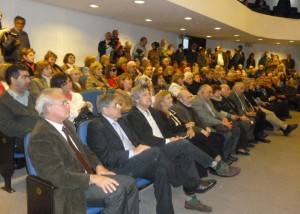 It should also be added that the recently formed Centennial Commemoration Commission of the Armenian Genocide, that is comprised of representatives from all the organizations of the community, supports this project initiated by the Education and Culture Ministry’s.

Armenians of Uruguay extend their deepest gratitude to the Uruguayan authorities, an old friend, who after realizing that the Armenian Genocide’s Centennial is insurmountable, have proceeded in such a step.

This pioneer of human rights with its state, governmental and civic structures is again standing on the front line, firm and assertive, against all sorts of pressure as far as supporting the fair resolution of the Armenian Cause is concerned.