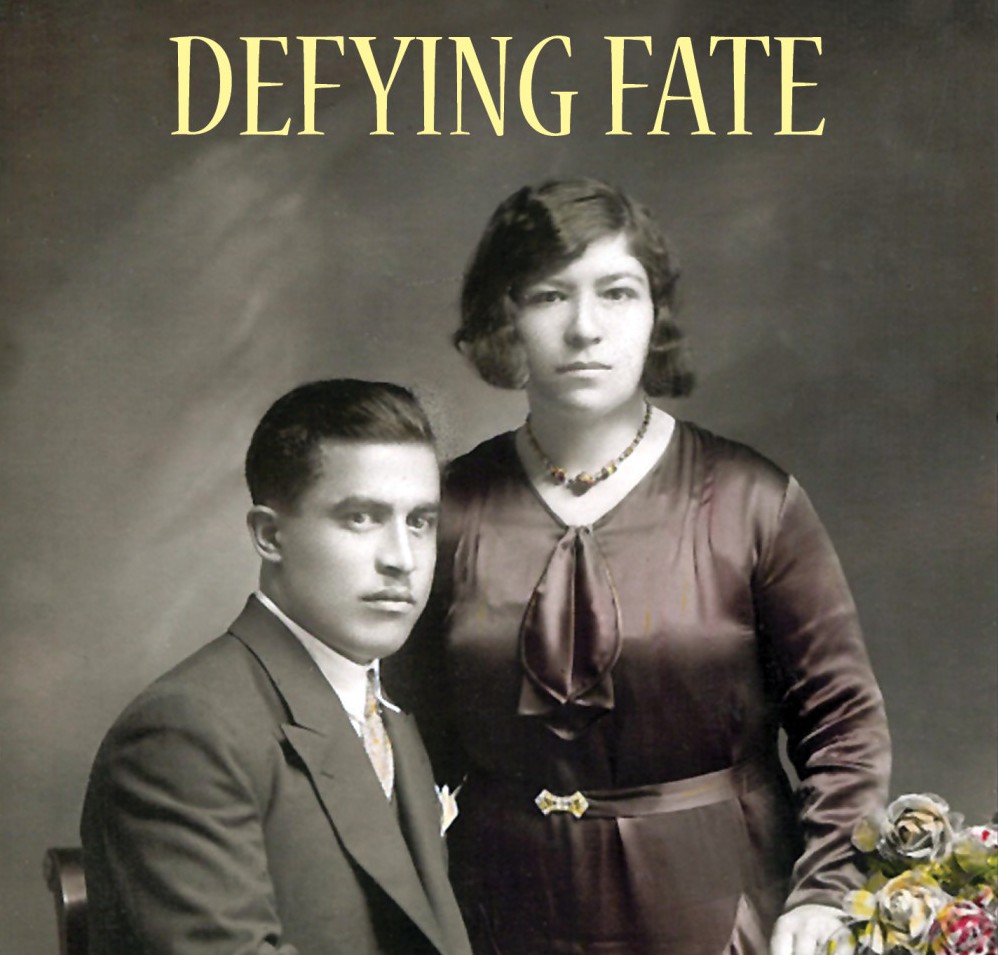 (armenianweekly.com) LOS ANGELES—Defying Fate, the memoirs of Aram and Dirouhi Avedian and the fifth volume of the Genocide Library, was published recently in Los Angeles.

Dirouhi Cheomlekjian (later Avedian) was born circa 1907 in Izmit. In 1915, she and her family were deported by the Turkish government and marched to the Der Zor desert in Syria, “the mass grave of the Armenian people.” The only one to survive her family’s massacre in Al-Shaddadeh, Dirouhi was adopted by local Arabs. She grew up in the Syrian desert, where years later she met Aram Avedian, her future husband. After spending 13 years in near captivity, she escaped to Aleppo.

Aram Avedian was also born circa 1907, in the Armenian village of Tsitogh, near Erzurum. In 1914, his father froze to death while serving in the Turkish army. At the onset of the genocide, Aram and his family were exiled to the Syrian desert. After being marched for almost a year and witnessing the horrors of the deportation and massacres, Aram and his family reached Al-Raqqah, Syria, where the young boy was kidnapped by an Arab horseman. Aram, too, spent the next 13 years in the Syrian desert, among various Arab families, and he, too, ended up escaping to Aleppo.

Aram and Dirouhi Avedian eventually moved to Los Angeles, where, in the late 1970’s, they wrote down their individual memoirs, wishing to document their experiences of the genocide and survival as testaments for future generations. The couple died within less than three months of each other: Dirouhi passed away in 1987, Aram in 1988.

The Avedians’ handwritten memoirs were later collected and edited by their daughter, Knar Manjikian, who also annotated the resulting volume, Defying Fate, and wrote its introduction. The text was translated into English by Ishkhan Jinbashian. “Whenever my mother spoke of the family members she had lost, she said all she wished was to see them in her dreams,” Manjikian writes.

She adds that after having lived among Arabs for so long and all but forgotten how to speak and write in Armenian, her parents relearned their mother tongue after the age of 20. They achieved this, she writes, by becoming avid readers of Armenian literature and Aleppo’s Arevelk Daily. Her mother further honed her Armenian by corresponding with her brother, who lived in Istanbul, and through public service, as she went on to become a lifelong member of the Armenian Relief Society.

In the foreword to Defying Fate, Hagop Manjikian writes: “Despite the sparseness of [the Avedians’] writings and their humble designation by the authors as a ‘notebook’ and a ‘journal,’ respectively, we had no doubt that they deserved to be published as a full-fledged book, in keeping with our principle of favoring quality over quantity, substance over size, and depth over appearance.”

Copies of Defying Fate can be ordered in the United States by mailing a check to H. and K. Manjikian, 10844 Wrightwood Lane, Studio City, CA 91604. The price of each copy, including shipping, is $15.

A project of H. and K. Manjikian Publications, the Genocide Library was established in 2005 by Mr. and Mrs. Hagop and Knar Manjikian with the goal of publishing key chronicles of the Armenian Genocide. Titles published to date include Passage through Hell by Armen Anush (first and second editions), The Fatal Night by Mikayel Shamtanchian, Death March by Shahen Derderian, The Crime of the Ages by Sebuh Aguni, and Defying Fate by Aram and Dirouhi Avedian. The Genocide Library’s next title is Our Cross, by M. Salpi (Aram Sahakian), slated to be published this year.