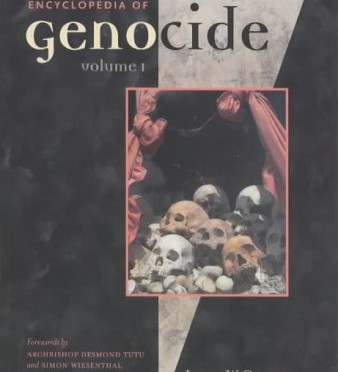 Special for the Armenian Weekly

The two key human rights concepts of “crimes against humanity” and “genocide” have their roots in the response to the Young Turk mass deportations and massacres of Armenians in the Ottoman Empire during World War I. Following the April 24, 1915 mass arrests of hundreds of Armenian political, religious, and community leaders in Constantinople and their subsequent exile and deaths, and the massacres of multitudes of other Armenian civilians, the Entente allied powers of England, France, and Russia on May 24, 1915 warned that the Young Turk dictatorship would be held accountable for the massacres and the “new crimes of Turkey against humanity and civilization.”

In 1921, Soghomon Tehlirian was put on trial in Germany for having assassinated Mehmet Talat, one of the key Young Turk triumvirate responsible for the deportations and massacres of the Armenians. Raphael Lemkin, a young Polish university student, who would later become a lawyer, wondered why there existed domestic laws to deal with the murder of one person, but no international law to punish those responsible for the mass killing of a million or more persons. During the 1930’s, Lemkin suggested the twin concepts of “vandalism” and “barbarism” to deal with such crimes. The former dealt with the destruction of cultural artifacts, while the latter related to acts of violence against defenseless groups. By 1944, these twin concepts had merged into his proposed international term: “genocide.” The new concept, along with “crimes against humanity,” would become a key pillar of international law.

With the introduction of the two crucial legal concepts of “crimes against humanity” and “genocide,” it remained for scholars and prosecutors alike to apply these principles to specific cases. Over time, there emerged the need to compare different historical and contemporary examples. Pioneering analytical and comparative books, such as Irving Horowitz’s Genocide (New Brunswick, Transaction Books, 1976) and Leo Kuper’s Genocide (Harmondsworth, Penguin Books, 1981), were penned in this regard. Before long, the field of genocide studies emerged and was formalized with the birth of the International Association of Genocide Studies (IAGS) in 1994. However, a challenge familiar to many in comparative politics arose; given that most individuals and scholars lack the global expertise to know sufficient details about all of the major case studies, there was an urgent need for encyclopedias and dictionaries on genocide.

Drawing intellectual inspiration and editorial guidance from Israel Charny, a pioneering project was launched. In 1999, the two-volume Encyclopedia of Genocide, (Santa Barbara, ABC-CLIO, 1999) was published. With substantial input by Rouben Adalian, the encyclopedia included two-dozen entries about the Armenian Genocide and the Ottoman Young Turk regime. The encyclopedia also contained several thematic entries that cited reference to the Armenian case. Adalian led the way with 17 entries that he penned on such such as the Hamidian Massacres, Adana, Musa Dagh, the Young Turks, Woodrow Wilson, and Henry Morgenthau, Sr. Other prominent authors included Vahakn Dadrian (Armenian Genocide documentation and courts martial), Roger Smith (Armenian Genocide denial), Robert Melson (comparison of the Armenian Genocide and the Holocaust), Samuel Totten (genocide films and literature), Peter Balakian (poetry on the Armenian Genocide), Sybil Milton (Armin T. Wegner), and Steve Jacobs (Raphael Lemkin). The two volumes were not only pioneering, but remain quite useful even today. This is a testament to their strong scholarship and the continued importance of the topic.

Soon after the appearance of the English-language two volume Encyclopedia of Genocide, a French-language one-volume version appeared: Israel Charny, ed., Le Livre noir de l’humanite: Encyclopedie mondiale des genocides (Toulouse, Editions Privat, 2001). For the most part in the French edition, the entries on the Armenian Genocide and other genocides were the same, but there were a few additions and deletions. Overall, students of the Armenian Genocide were exceptionally well served by the two editions.

The one-volume account edited by Leslie Horvitz and Christopher Catherwood, Encyclopedia of War Crimes and Genocide (New York, Facts on File, 2006), contained only one main entry on the Armenian Genocide and one partial reference in the entry on “crimes against humanity.” This was inadequate coverage of one of the major genocides of the 20th century. It seemed that the pattern had become one of declining coverage. But that was about to change.

In the internet age, it was inevitable that an online encyclopedia of genocide would emerge. The American educational publisher ABC-CLIO recently created a large database on genocide that was primarily intended for high school students and teachers, but would also be valuable to university students and professors. Entitled “Modern Genocide: Understanding Causes and Consequences,” it is available for an annual subscription fee. Developed in consultation with an advisory board comprised of Paul Bartrop, Steven Jacobs, and Suzanne Ransleben, the database continues to grow and be updated. At the current time, it contains seven main entries on the Armenian Genocide (Overview, Causes, Consequences, Perpetrators, Victims, Bystanders, International Reaction) by Alan Whitehorn. There are also several discussion essays by various authors (including Colin Tatz and Henry Theriault) on Armenian Genocide recognition and how well the genocide has been known, and about 70 individual subject entries. Entries include pieces done by Rouben Adalian, Paul Bartrop, Zaven Khatchaturian, Robert Melson, Khatchig Mouradian, Rubina Peroomian, George Shirinian, Roger Smith, and others. However, not as many Armenian Genocide specialists have contributed as one might have expected. In addition to the encyclopedia entries and genocide timeline, there are some primary source documents and photos. The online database provides useful insight on the Armenian Genocide. It also suggests what might be possible if all of the entries were to be gathered together into a separate encyclopedic volume that is focused on the genocide. Unfortunately, this is something that has not yet been done, but that one hopes will occur before 2015.

Quite significantly, all of the genocide encyclopedias together show that the Armenian Genocide constitutes an important case study, as it is included in each and every genocide encyclopedia from the first to the most recent. This reflects academic consensus among genocide scholars that the mass deportations and killings of Armenians constitute genocide. These important scholarly reference works thus provide significant academic documentation that can serve to repudiate the Turkish state’s repeated polemical denials of the Armenian Genocide. Accordingly, these genocide encyclopedias ought to be cited by scholars, jurists, and citizens alike. The European Court of Human Rights, in its recent (Dec. 17, 2013) flawed decision on Armenian Genocide denial, should have been aware of such key academic reference works. If they had, their reasoning, in all likelihood, would have been different. Without a doubt, these encyclopedias’ coverage of the Armenian Genocide remind us that time is long overdue for the Turkish government and its citizens to face the dark pages of their history.